Disclaimer !!!
In this post, I share some details on my extension to a simple simulation for the Spectre attack as part of the assignment for COSC 6385 course at the University of Houston.

First I clone the repository and compile the file spectre.c using following command,

and I obtained following results. 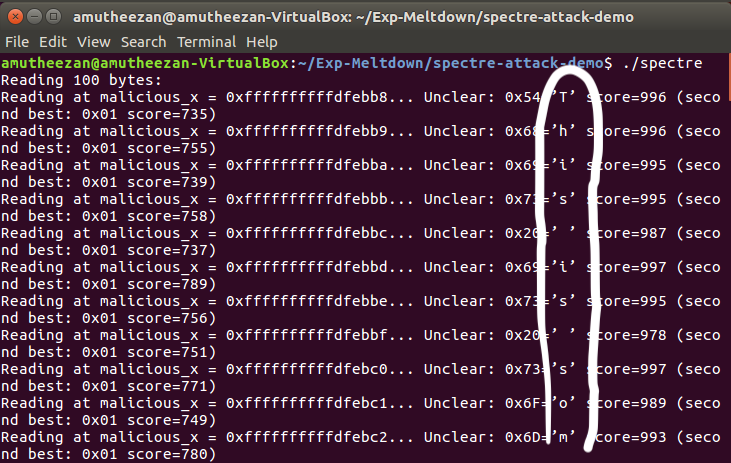 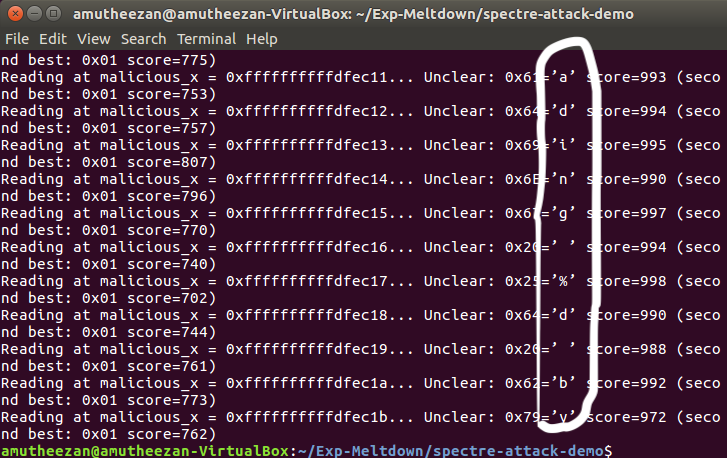 As circled in the above figures the exploitation happen successfully and it able to read the secret contents.

Note: I didn’t face any issue while compiling or running the demo.

For software level protection, we can uses the patches such as LLVM patch, MSVC and ARM speculation barrier header. Further, some mitigation proposed by paper which disclose the spectre for the first time to public [1].
(1). Inserting serializing instruction can helps on avoiding indirect branch poisoning.
(2). By enabling strategies to prevent reading secret data, when performing speculative execution.
(3). Intel tries to prevent the branch poisoning using microcode updates for some processors, which fall-back to the BTB for the prediction, to disable this fall-back mechanism

Note: Meltdown attack simulation can be found in the post.